This weekend I ran away from Seville and finally made it to Granada and spent two days living the Andalucian DREAM!!!

Seville is known as the "Frying Pan of Andalucia", because it's flat like a pancake and in summer is often abut 50 degree centigrade (this is one reason why if people ask if I'm going to stay in Seville for Summer I'm like, hell fire NO). Granada has a completely different feel to it - even though it shares a similar history to Seville- because its nestled into the Sierra Nevada mountain range. The views around the city are obscenely good. When we first arrived, and tumbled out of Blablacar into Sacremonte, we looked out over the view and started giggling because we couldn't believe how beautiful it was! They're the kind of views where, when you look up from your morning toast and see the Alhambra towering above a mass of white Andalucian houses, you're like, "seriously!? Nowhere actually looks this good!". We stayed in the Rambutan hostel. The hostel is really highly rated on Trip Advisor and I'd definitely recommend it as long as you're not afraid of dogs. They do tours most days that I would highly recommend because they have a LOT of fun facts, and the hostel itself reflects the vibe of Granada quite well.

If I had to describe the Granadian vibe (at least what I saw of it) with only one word, it would have to be "alternative". It manages this despite being full of tourists, with its palace, the Alhambra, being probably one of the most visited tourist attractions in Europe. This is because it seems to be some kind of Mecca for hippy-types. Imagine streets bursting at the seams with hareem trousers: hareem trousers of every colour for sale in Moroccon-style shops; hareem trousers upon the legs of a huge number of female and mae hippy types bumbling around tea houses, selling jewellery on streets or busking. Often accompanied by dreadlocks. I saw more dreadlocks this weekend than there are badgers in Shropshire. I even bought a bracelet from a friendly hippy traveller called Eric from Guatamala, because I want to be a hippy now so that I fit in and I thought the bracelet would be a good start.

Obviously you have to visit the Alhambra. This palace has been in Granada since it was part of the Moorish empire but it wasn't always such a big tourist attraction... apparently a few decades ago when Granada was very out of fashion it was just an abandoned building where anybody could turn up and find a place to sleep for the night, for free. How times have changed...now you have to book a ticket online in advance or you risk not even being able to get in!


In fact the city has quite a tradition of free accommodation and squatters. Our hostel is in Albaycín which is away from the city-like cnetre and feels more like a village. Whilst wandering through the area we came across a small street party/protest with local people holding signs saying "We are not delinquents. We are neighbours". Only a year ago part of this neighbourhood was made up of abandoned houses and squatters.. Those squatters have now been evicted, and extremely expensive properties developed where they used to live.

One of the most interesting parts of the trip had to be the caves above the city where people live. Most of them are inhabited by travellers or locals, and have been for hundreds of years. There is no sewage works or electricity up here, but nobody pays rent. Some closer to the town centre have been bought up and done up with extentions and fancy features, but further out you can stay in the caves for free, although the police will come along every now and then and kick you out. It was quite funny because we went with a guide from the hostel and he told us how there are caves with people from lots of different places, but the German one is the best as they have a great set up with solar panels and eco-toilets.


On the other hand a lot of the city is quite exclusive. When you look down on the city you can see a lot of trees, but these aren't in the streets, they're in the private gardens. Some of which you can go into but others are totally inaccessible to the public.

Finally, is probably the most important and appealling piece of information about Granada. In Granada (as it should be in every place in the world) when you order a drink, you get a free plate of food. I'm not talking olive or bread as waiters in Seville sometimes half-heartedly plonk on the table... at the good places you get a large plate of simply delicious tapas. At Los Diamantes we got a dish of fried whitebate with our first drink and fried 'rosada' fish nuggets with our second. At a cheap and cheerful bar on Calle Elvira you could choose from a menu of tapas (including veggie options) and it came even with my Nestea: we had some great cheesy risotto Thais style noodles. Of course the best experiences come when you're just wandering around, and at a small bar we stumbled into on our first night the friendly and enthusiastic bar staff organised veggie and non-veggie plates for us while we chatted to locals. It was so fun! Nevertheless the gastronomic hightlight of the visit HAS to be the INCREDIBLE falafel kebab we had at 4am on the Saturday night, lovingly made and truly outstanding. 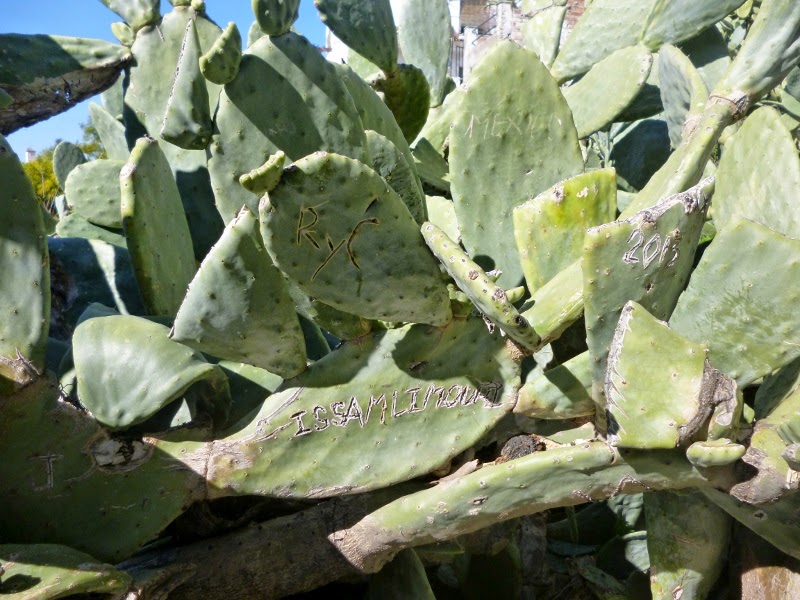 I've got lots of photos of the amazing patterns in the Alhambra and other parts of the city, STAY TUNED!!!

We got to Granada from Seville by Blablacar and it cost about 25 euros there and back,
Accommodation was 15 euros a night including breakfast and the tours from the hostel were free yippee! 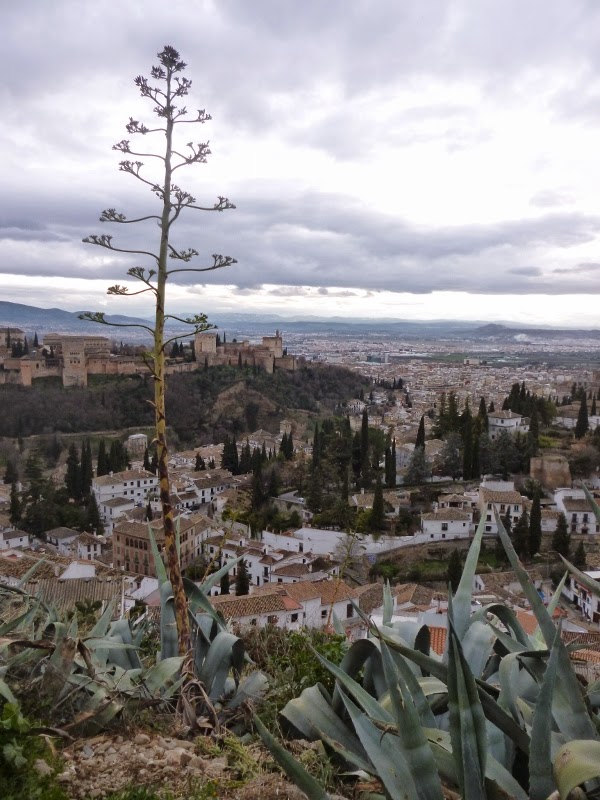