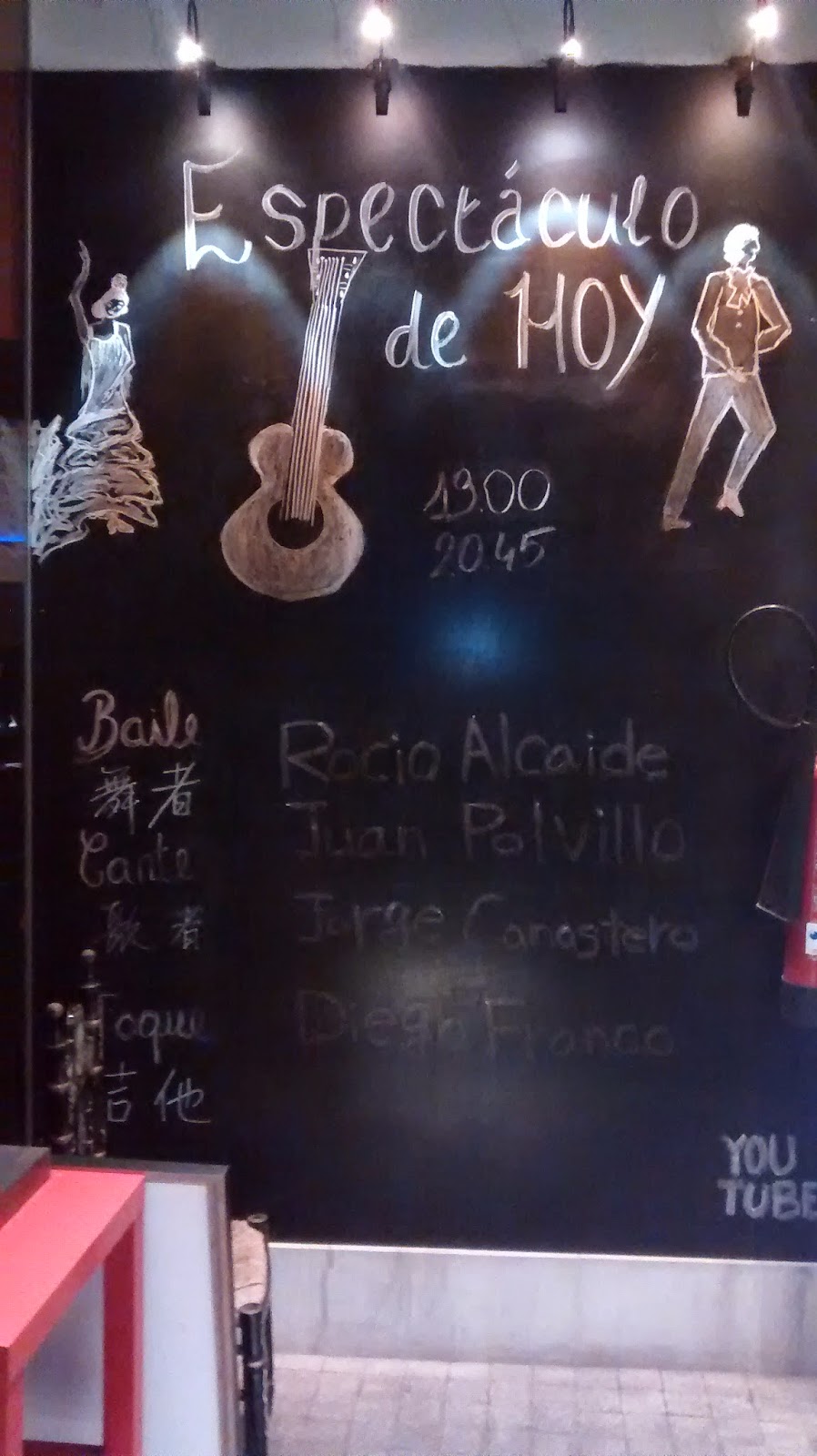 We decided to go to a flamenco show at the Flamenco Museum during VIP´s visit to Seville because one of my (many, many) mates works there. For a while he'd been telling us the show was really good, but I was wary of forcing VIP to go as you have to pay entry. But in the end, we thought it was a good cultural experience and couldn't be too bad...

The museum is the only one dedicated to flamenco in the world, and every night they have one or two performances. I'd been walking around all day and was suffering from what-I-call-a-life-threateningly-awful hangover, so I'd say my enthusiasm for the concert was LOW. Even so, when we arrived the space was so atmospheric I decided I better make the most of it and treated myself to large white wine. The museum is more modern than I'd expected, and the stage is in the centre of an indoor patio, surrounded by traditional arches. The audience sit around the stage so that wherever you are its very intimate.

They described the show as "Flamenco Moments", and I suppose its like a beginner's guide as it was very accesible and showcased a lot of different aspects of flamenco. There are lots of different types, but generally flamenco involves a guitarist and a singer, who clap and stamp rhytms along to the music, and then a dancer (usually female). Like most folk music, the songs and dances tell stories. When I first heard it, the voice really reminded me of Indian or Arabic music, as its very influenced by Andalcia's arabic history.

They have different performers every night, and I don't know if we were just very lucky, but they were fantastic. The guitarrist, Diego Franco, did a solo in the middle of the show where he sat alone on stage, in the spotlight, and played some traditional Spanish guitar. Now this is going to sound a wee bit over-dramatic, but I literally had tears in my eyes because it was so good. It was just so emotive! The whole style of flamenco seems to really capture emotion and then express it. I was amazed by the female dancer, Rocio Alcaide, who didn't smile when she was dancing but looked like she was suffering some terrible trauma while she stamp-stamped her wooden shoes on the floor. It. was. amazing.

We were all taken by complete shock, and were on the edge of our seats for the whole thing. I'm now so keen to learn more about flamenco and see more of it live. The museum has a mainly tourist audience, and I would like to see a show with Spanish audiences as I know they are much more vocal during the dances. This is definitely a must-see in Seville; I felt like I got a glimpse into the soul of the city.