After a year of twiddling my thumbs and complaining about the rain in Manchester/Wolverhampton I've made a break for it. Now I'm in Sevillaaaa so I thought I'd write about it. Do you like my new blog banner? Well you're not the only one, only this afternoon I was complimented on my handiwork by and actual, professional GrApHic DeSignEr!!!  He thought it was made on Photoshop. #justsaying 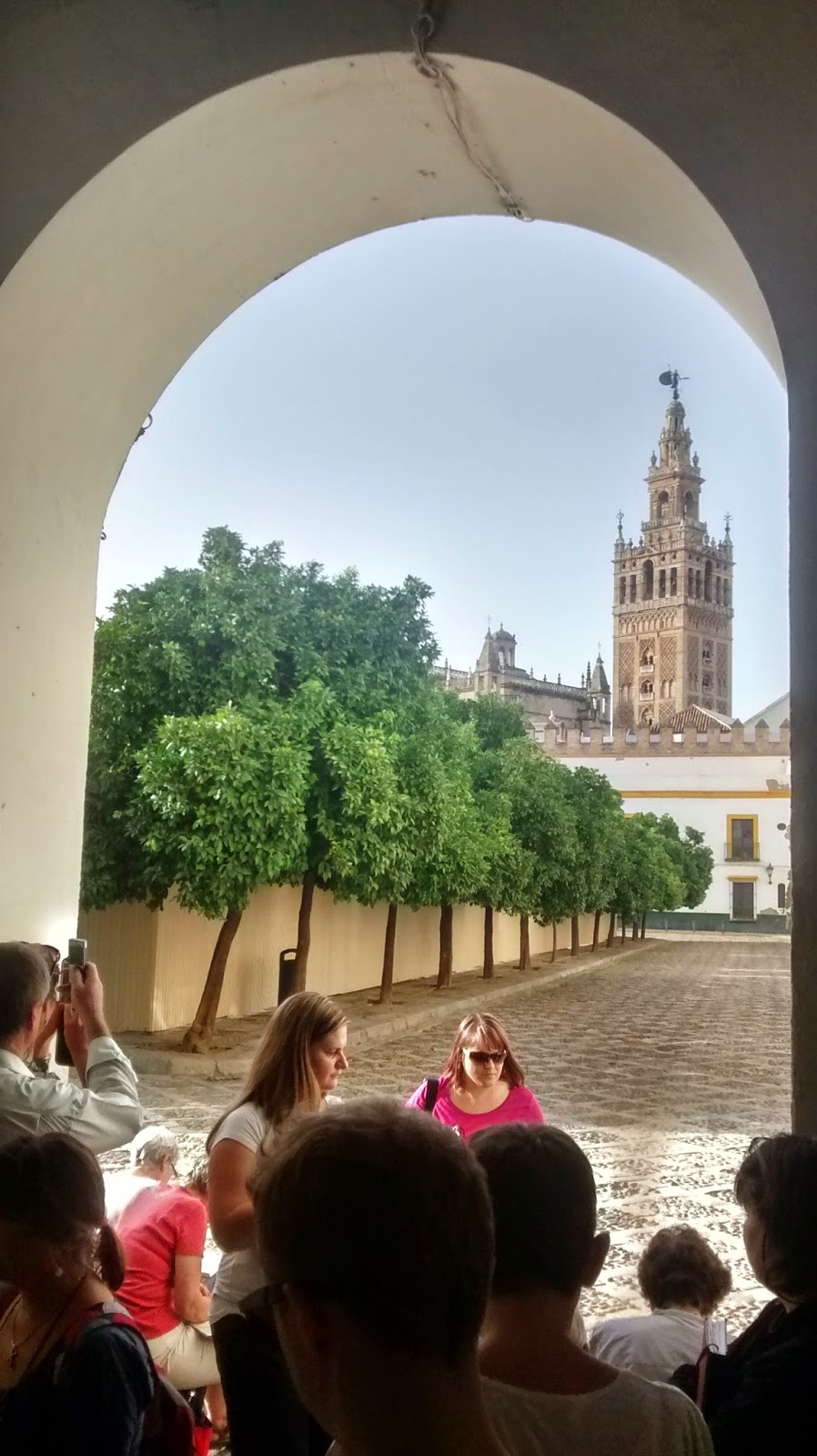 I'm excited to be in Seville as after university I basically moved straight back home. This obviously has advantages like a dishwasher, a really relaxed attitude to central heating and my parents own an almost obscene amount of cutlery. But after a couple of months at home, me and the cat were skating on thin ice. He's a skinny little animal now, ageing ungracefully and breaking all house rules in an almost obnoxious manner. I do like him really but he has a CATTITUDE problem and its a nightmare.

Anyway, I'm now like 1500 miles away from all that so I can take a deep breath and move on! I'm here doing a cheeky internship. It was a bit awkward before I left because people kept asking me what the internship was, but I didn't actually know what it was so I had to say 'I don't really know', and then they furrowed their brows with concern. The truth is we arrived on Sunday night and didn't find out the full details until yesterday afternoon. HOWEVER, I can now declareee that apparently I'll be working for a company that does something like manage educational cultural events and tours. Its all a bit confusing because I was told all the info in Spanish. Anyway I don't start til next week so I guess I'll know more then. The best thing about finding out where we were working is that the woman pronounced the 'p' in receipts, and she said receipts a LOT.

There's six of us here from the UK but we're all living separately. We've been meeting in the days though and exploring the city, as well as sharing stories about our accommodation. Regular fans will remember my interesting places I've stayed when I've tried to escape Wolverhampton before (Little Old Landlady's 80's micro-flat in Austria, glass and metal war bunker in Cuba....). Well, things have taken a turn for the GREAT. I'm living in the historic centre of Seville in a totally traditional Spanish building, in a top floor room that looks out onto the tiled courtyard. From what I can tell, my (SINGLE) bed is made of ROCKS. It is firmer than J Lo's abs. But you know what, its all about the vista, and the VISTA is BUENA. My street is so narrow there are no cars, its all cobbled stone and iron gated doors. Without exaggerating, I think I've got lost maybe 1 million times so far? I've all unpacked now so the next step is to find a good supermarket nearby, as we've been eating out since we got here at all these tapas bars and stuff...basically the point I'm making is that I'm living the Sevillian dream!