HOW TO USE TAXIS IN CUBA/HAVANA! Cubataxi, Maquinas and American Cars 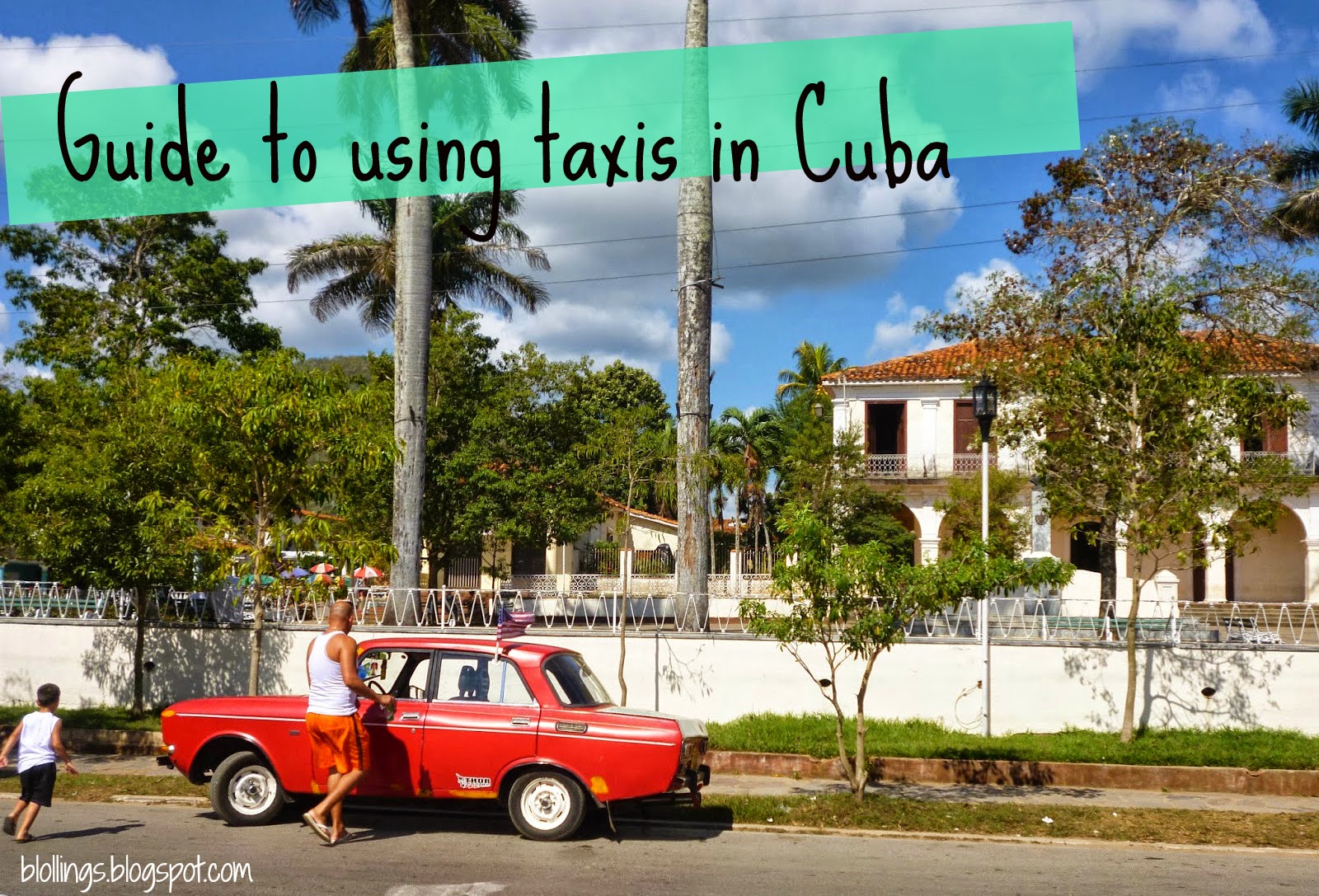 I would say there are three types of taxis,. each with their own special quirks.

These big cars park outside hotels and are very shiny. A friendly Cuban will drive you open-top around the city, and he will charge you through the teeth for the privilege! This can be fun for the novelty but its not worth it unless you get lucky, and a fancy taxi driver gives you a good deal! No Cubans use these, unless they're getting married (to a foreigner) and are - in the words of our Cuban neighbour - 'ostentatious'.

Cuba taxis are yellow and usually Ladas. They charge in tourist dollars but they're not too expensive, though you should still haggle with them. They're probably the safest, cheap option at night but nevertheless I used them rarely.
When my parents were visiting, there was no other option for me to get from their accommodation to my house than to use Cuba taxi. On one particularly typical night, I had to talk to three taxi drivers before somebody agreed to my limit of $4 for a taxi. Climbing in, the driver began revving the engine but nothing happened. The car was old and decrepit, and needed a push-off. In a characteristic wave of Cuban comradery, all nearby taxi drivers (including those who had grossly overcharged me and I'd just rejected) surrounded the car and push it halfway down the road, running behind and beside it, so it could get enough speed to start the engine. Taxi drivers mince tourists as much as humanly possible, but they're nice to each other.

I love Maquinas because they are one element of Cuban life I feel I really understood and could manage as well as a Cuban. They're basically cars that are owned by the driver (unlike Cubataxis) that do a set route, for example from Vedado to Havana Vieja and back again. They are collective taxis, so like a bus, they stop for people who stick their hand out until they're full. It was difficult to explain to my sisters and parents how you could tell which cars were maquinas. They were usually old, rusty American cars that weren't fancy enough to be tourist taxis, they'd have a 'taxi' sticker in the window and.... they just looked like maquinas!
To catch a maquina you wait on the pavement on one of the routes- make sure you stand where its legal for them to stop! We would wait on Calle B y 23 for maquinas to go to Capitolio, which was basically the centre of Old Town. Passing maquina drivers will stick their fingers out their window showing how many spaces they had, and then you'd wave them down and tell them where you wanted to go. All journeys cost $10 or $20 Cuban pesos. Its so much cheaper than other taxis and really convenient.
You can get maquinas home from town from Calle Neptuno (walk to Hotel Telegrapho then go left).

Remember that things always change in Cuba so if you need help ask a friendly Cuban. Casa Paticular owners will always be helpful but they may well try and get you to use one of their mate's cars. Our Casa Paticular owner in Vinyales arranged our trip home with The Cat: 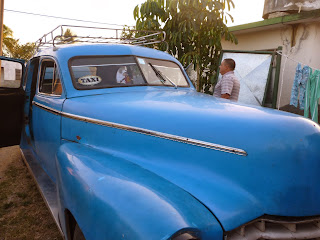 Getting to and from the airport

There is a bus that goes to and from the airport but I'll be honest, it doesn't actually stop anywhere near the airport and its a big hassle, even if it does only cost about 3p. The best option is to suck it up and pay the $20/25 to get home in an official taxi. If somebody approaches you and offers cheaper then its probably illegal, but if you want the cheap price make sure you agree and don't let them wander off with another customer! If you're living in Havana and picking someone up, you might be able to agree a good price with a taxi driver to take you there and wait for you. Alternatively take the bus.

As with everything in Cuba, make sure you agree the price of a taxi with the driver before you get in. In my experience Cubans won't try and cheat you if you agree a price with them, but if you don't then they'll obviously seize the opportunity to make an extra few dollars!

And you've got to get the bus at least once while you're there.