A Day in Oaxaca (friends included!!!)

Oaxaca is a largish city in the mountains, on the southeast of Mexico. It's a top destination for people who like FOOD and SHOPPING, so I had been looking foreward to it as a specific highlight of the trip. In the end, it wasn't the food or the shopping which I enjoyed the most: because, while I was in Oaxaca, the truth is, (SUSPENSE) I made some friends!!!!!!!!!!!!!!!!!!!!!!!!!!!!!! :-O 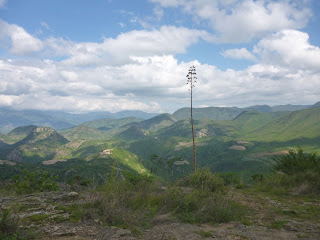 My new friends were from AUSTRALIA!!! Which is a big coincidence, because I was living in Australia last semester! (<<joke.) Anyway, one of them has her own blog, which features me in the photographs and is very could (partly but not entirely because of the photographs of me!). Here is a link!

Being enthusiastic, travelling adventurers, we all decided to embark on a thrilling whistle-stop tour through five MUST. SEE. SIGHTS in Oaxaca! Number one was the one the whole minibus was looking forward to most.... yes, you've guessed it, we visited a local tree!!! Yay! 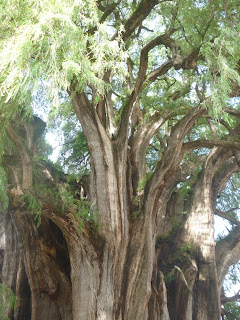 We were all very excited by the tree, but eager to move on to the next stop. Yes, you guessed it! It was a hut in the middle of nowhere were several Mexican men made tapestries! Yay! 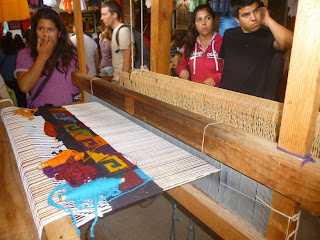 The tapestries were very beautiful and I was paticularly delighted with the giant loom, and while I took a reel of off-centre photos, I enthusiastically told anyone who came near me that "MY SISTER KNOWS ALL ABOUT MAKING CLOTHS BECAUSE SHE STUDIED IT AT UNIVERSITY!!!"

The third stop was a personal highlight...yes, you guessed it! It was a Mezcal Factory! It was at the Mezcal Factory that I realised that the Australians and I were very much kindred spirits, even though we don't live anywhere near eachother when we're at home (ie. in UK and Australia) (because they're very far away from each other!). This was because at the Mezcal Museum we were given the oppurtunities to try up to 42 different types of Mezcal! When we were sold the tour, we really were given the impression that we could have UP TO FORTY TWO TYPES OF MEZCAL! Naturally we had been mentally preparing ourselves all morning. As I was standing in the Spanish version of the Mezcal tour, my Australian Friend, who had been in the much shorter English version, came and pulled me away. "We're starting to taste them now, come on!!!" he hollered. (I have translated that for your reading pleasure from Australian. What he actually said was: "Gooday sarah, shake a leg, its almost arvo and we gotta drink some o this billabong!"

Anyway as we started to really get going on the tasters, I started to sense that the Mezcal Museum Taster Providers were not necesarily 100% content with us trying up to 42 types of mezcal. In fact, they seemed to quite expect us to make a purchase off them. One we were on perhaps mezcal type number 33, we looked around and realised we were the only people left from our tour group who was still left at the tasters bar. Everyone else was waiting in our bus. Our guide said "don't worry, we can wait for you to make a decision!". I am pretty sure we all thought the same thing: "decision already made, matey, we're not buying any mezcal. We're just trying UP TO FORTY TWO TYPES OF MEZCAL like we were promised!"

Anyway, eventually we had to return to the bus. I didn't buy any mezcal from the museum, but I did smile sweetly as I left which I'm sure made up for it.

We felt rather dozy by our next visit, which was to some ruins. 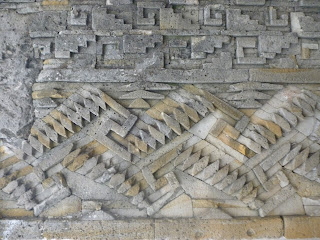 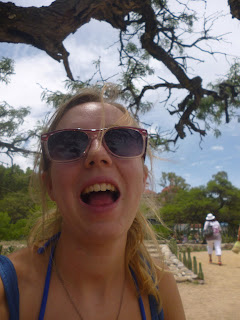 ...which was - yes, you've guessed it! - a petrified waterfall!
They say a picture paints a thousand words. (In which case I will need only 12 pictures for my dissertation in final year!) Here are 3,000 words' worth of photos of the petrified waterfall: 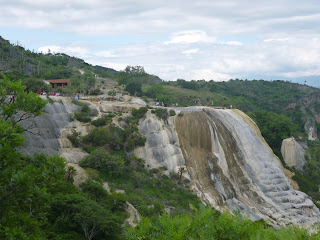 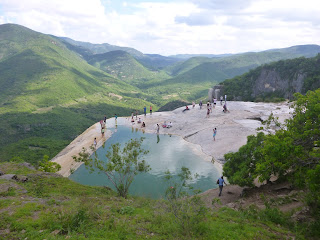 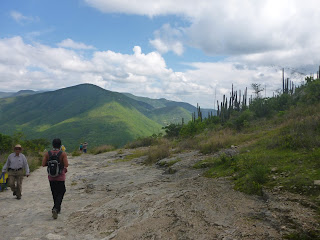 And that was the end of our Big Day Out! We had planned to go out and party but, as I am sure you can imagine, we were very worn out from all the activities!

REVIEW: Would I recommend the trip to a friend? Yes. Would I do it again? No. Would I visit the mezcal museum again? MOST CERTAINLY! Well, I'd probably visit another one as I am not sure they would welcome me back very gracefully at that one.