What do you feel in response to the election? 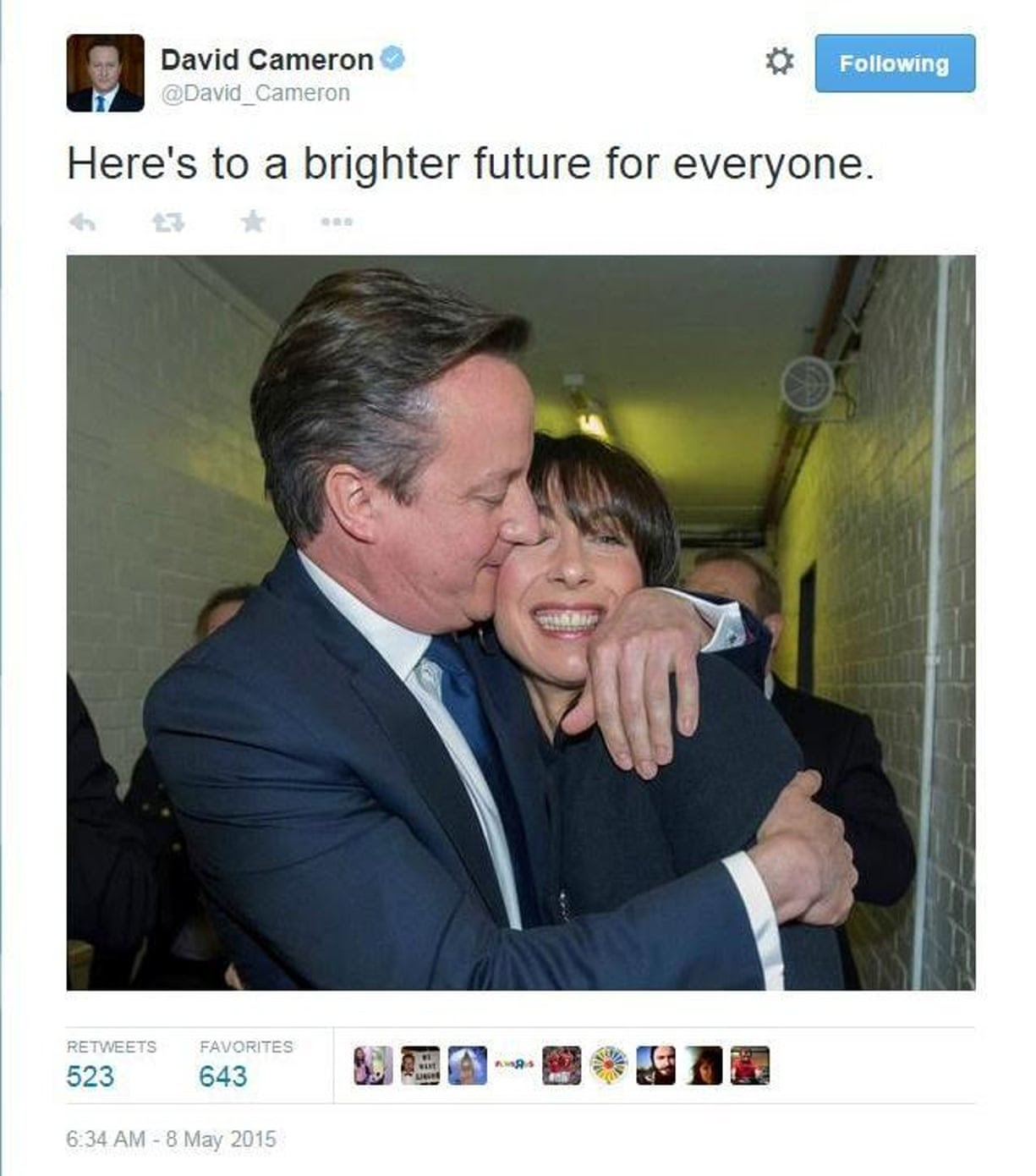 I'm not happy about the result of the general election. I'm passionate and over-dramatic and I respond to things emotionally. So, I am angry at the outcome, disappointed by the electorate, disillusioned and concerned about the future. Mainly I am frustrated that this will be the way things are for five whole years. It is a five years that, politically, looks bleak.

These emotions have made me think about people in other countries in other times in history. My family gathered around the news last night and rolled our eyes at David Cameron's smugness. In bed this morning I contemplated the situation again. And on the anniversary of VE day
I began to imagine the emotions a liberal or Jewish family might have felt during the rise of the Nazi party. If they had even an inkling of what was to come, they must have been much more fearful than I could ever imagine: more disturbed and betrayed by their neighbours, much more angry at them; it must have been a time when any opponents to the rising regime felt very alone.

Naturally that leads to thoughts of communities who right this moment are living through instability and fear...Perhaps fearing the control of ISIS or other extremist regimes. Even in stable countries like Russia, minorities fear for their futures. I am no where near an expert on those political situations, but anyone can take a moment to try to understand the type of emotional turmoil that the situations cause. Fear that is so acute you are ready to take a dangerous boat trip across the Mediterranean if there is a slight hope you will get away.

For me, the unfair emotional damage that politicians' decisions can have on people's lives is one of the things that makes politics important. Relatively, Cameron isn't that bad. I mean, his policies in my opinion are bad, but I can't compare him with Hitler.

But that doesn't mean he's not worth fighting.

Yesterday I felt angry. Angry at Nick Clegg for ballsing it up for the Lib Dems, angry at the Labour party for failing to inspire the UK, angry at the electorate for not voting the way I wanted them to and angry at Scotland and Nicola Sturgeon for ballsing it up for Labour and creating a divisive line in the country. I looked at the list of people I was angry with and realised the Conservatives aren't even on there! Anger and fear make us hate and resent each other. But they don't have to. When they do, they can fuel extremism. But maybe when they don't they can help create positive change?

At the end of the day, you are too embroiled in the political world if you spend so much time being angry at people that you forget why you're angry. For me, I am genuinely concerned about the future of the most vulnerable people in our society, about our role and relationships in Europe, about the environment and about political instability and women's rights across the world. Tory governments are depressing. But there's no time to  sit around feeling hurt. If I'm so upset about politics I think its time to mobilise. So, where to start? I'm going to begin with the campaign to stay in Europe! Let's GO!